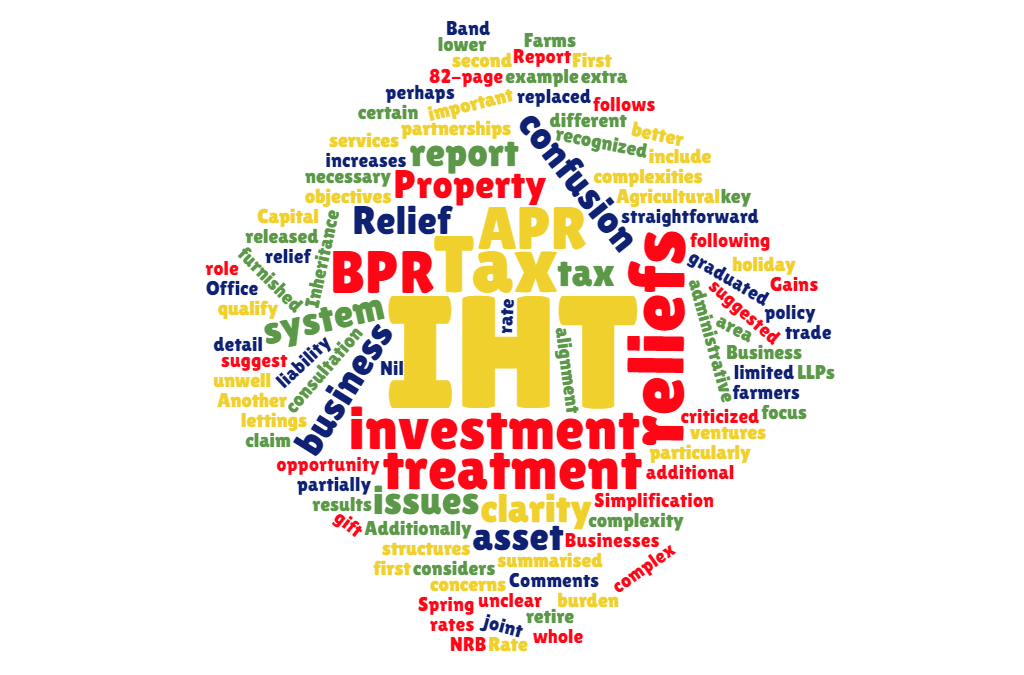 The Office for Tax Simplification have released a first report on Inheritance Tax (IHT) following its consultation on its issues and complexities – we have read the 82-page document and have summarised key points below:
The IHT system is widely recognized as being complex, with it being unclear what the original policy objectives were for some of the reliefs, or the system as a whole Business Property Relief (BPR) and Agricultural Property Relief (APR) are two reliefs from IHT that are considered to be ‘straightforward’. However, there can be confusion about what can qualify as a business asset rather than an investment asset. For example, the IHT treatment of furnished holiday lettings seem to be causing a confusion as for Income Tax its considered a trade but for IHT is considered an investment opportunity, unless many additional services are provided.
Another criticized area follows the lack of clarity about the treatment of certain business structures, particularly those that include joint ventures and limited liability partnerships (LLPs).
Comments suggest better alignment between the criteria for BPR (under IHT) and for Capital Gains Tax reliefs is necessary whilst the focus on the need to claim APR before BPR results is an extra administrative burden. Additionally, a lack of clarity in the APR treatment when farmers partially retire or are unwell, as well as different rates of relief add to the complexity.
It has been suggested that IHT should be replaced, perhaps by gift tax or a lower or graduated rate of tax or increases in the Nil Rate Band (NRB). All in all, reliefs play an important role.
A second report that considers these issues in more detail is to follow Spring 2019 – we will keep you updated!